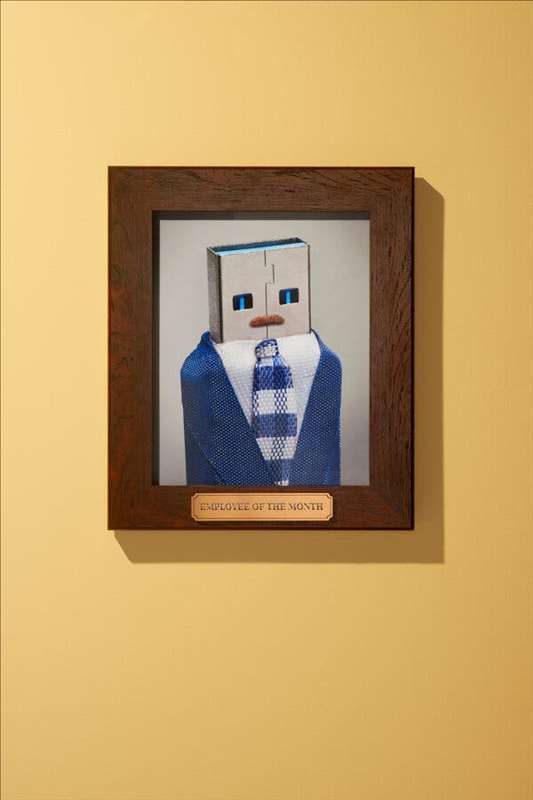 Workers with college degrees and specialized training once felt relatively safe from automation. They aren’t.

The robots are coming. Not to kill you with lasers, or beat you in chess, or even to ferry you around town in a driverless Uber.

These robots are here to merge purchase orders into columns J and K of next quarter’s revenue forecast, and transfer customer data from the invoicing software to the Oracle database. They are unassuming software programs with names like “Auxiliobits — DataTable To Json String,” and they are becoming the star employees at many American companies.

Some of these tools are simple apps, downloaded from online stores and installed by corporate I.T. departments, that do the dull-but-critical tasks that someone named Phil in Accounting used to do: reconciling bank statements, approving expense reports, reviewing tax forms. Others are expensive, custom-built software packages, armed with more sophisticated types of artificial intelligence, that are capable of doing the kinds of cognitive work that once required teams of highly-paid humans.

Executives generally spin these bots as being good for everyone, “streamlining operations” while “liberating workers” from mundane and repetitive tasks. But they are also liberating plenty of people from their jobs. Independent experts say that major corporate R.P.A. initiatives have been followed by rounds of layoffs, and that cutting costs, not improving workplace conditions, is usually the driving factor behind the decision to automate.

Craig Le Clair, an analyst with Forrester Research who studies the corporate automation market, said that for executives, much of the appeal of R.P.A. bots is that they are cheap, easy to use and compatible with their existing back-end systems. He said that companies often rely on them to juice short-term profits, rather than embarking on more expensive tech upgrades that might take years to pay for themselves.

Before the pandemic, Mr. Vega said, some executives turned down offers to automate their call centers, or shrink their finance departments, because they worried about scaring their remaining workers or provoking a backlash like the one that followed the outsourcing boom of the 1990s, when C.E.O.s became villains for sending jobs to Bangalore and Shenzhen.

But those concerns matter less now, with millions of people already out of work and many businesses struggling to stay afloat.

Not all bots are the job-destroying kind. Holly Uhl, a technology manager at State Auto Insurance Companies, said that her firm has used automation to do 173,000 hours’ worth of work in areas like underwriting and human resources without laying anyone off.

“People are concerned that there’s a possibility of losing their jobs, or not having anything to do,” she said. “But once we have a bot in the area, and people see how automation is applied, they’re truly thrilled that they don’t have to do that work anymore.”

As bots become capable of complex decision-making, rather than doing single repetitive tasks, their disruptive potential is growing.

“A lot of professional work combines some element of routine information processing with an element of judgment and discretion,” said David Autor, an economist at M.I.T. who studies the labor effects of automation. “That’s where software has always fallen short. But with A.I., that type of work is much more in the kill path.”

Many of those vulnerable workers don’t see this coming, in part because the effects of white-collar automation are often couched in jargon and euphemism. On their websites, R.P.A. firms promote glowing testimonials from their customers, often glossing over the parts that involve actual humans.

Jason Kingdon, the chief executive of the R.P.A. firm Blue Prism, speaks in the softened vernacular of displacement too. He refers to his company’s bots as “digital workers,” and he explained that the economic shock of the pandemic had “massively raised awareness” among executives about the variety of work that no longer requires human involvement.

“We think any business process can be automated,” he said.

Mr. Kingdon tells business leaders that between half and two-thirds of all the tasks currently being done at their companies can be done by machines. Ultimately, he sees a future in which humans will collaborate side-by-side with teams of digital employees, with plenty of work for everyone, although he conceded that the robots have certain natural advantages.

“A digital worker,” he said, “can be scaled in a vastly more flexible way.”

Humans have feared losing our jobs to machines for millennia. (In 350 BCE, Aristotle worried that self-playing harps would make musicians obsolete.) And yet, automation has never created mass unemployment, in part because technology has always generated new jobs to replace the ones it destroyed.

During the 19th and 20th centuries, some lamplighters and blacksmiths became obsolete, but more people were able to make a living as electricians and car dealers. And today’s A.I. optimists argue that while new technology may displace some workers, it will spur economic growth and create better, more fulfilling jobs, just as it has in the past.

But that is no guarantee, and there is growing evidence that this time may be different.

Since the late 1980s, they found, the equation had flipped — tasks have been disappearing to automation faster than new ones are appearing.

This shift may be related to the popularity of what they call “so-so automation” — technology that is just barely good enough to replace human workers, but not good enough to create new jobs or make companies significantly more productive.

A common example of so-so automation is the grocery store self-checkout machine. These machines don’t cause customers to buy more groceries, or help them shop significantly faster — they simply allow store owners to staff slightly fewer employees on a shift. This simple, substitutive kind of automation, Mr. Acemoglu and Mr. Restrepo wrote, threatens not just individual workers, but the economy as a whole.

“The real danger for labor,” they wrote, “may come not from highly productive but from ‘so-so’ automation technologies that are just productive enough to be adopted and cause displacement.”

Only the most devoted Luddites would argue against automating any job, no matter how menial or dangerous. But not all automation is created equal, and much of the automation being done in white-collar workplaces today is the kind that may not help workers over the long run.

Another key difference is that in the past, automation arrived gradually, factory machine by factory machine. But today’s white-collar automation is so sudden — and often, so deliberately obscured by management — that few workers have time to prepare.

“The rate of progression of this technology is faster than any previous automation,” said Mr. Le Clair, the Forrester analyst, who thinks we are closer to the beginning than the end of the corporate A.I. boom.

“We haven’t hit the exponential point of this stuff yet,” he added. “And when we do, it’s going to be dramatic.”

The corporate world’s automation fever isn’t purely about getting rid of workers. Executives have shareholders and boards to satisfy, and competitors to keep up with. And some automation does, in fact, lift all boats, making workers’ jobs better and more interesting while allowing companies to do more with less.

But as A.I. enters the corporate world, it is forcing workers at all levels to adapt, and focus on developing the kinds of distinctly human skills that machines can’t easily replicate.

Ellen Wengert, a former data processor at an Australian insurance firm, learned this lesson four years ago, when she arrived at work one day to find a bot-builder sitting in her seat.

The man, coincidentally an old classmate of hers, worked for a consulting firm that specialized in R.P.A. He explained that he’d been hired to automate her job, which mostly involved moving customer data from one database to another. He then asked her to, essentially, train her own replacement — teaching him how to do the steps involved in her job so that he, in turn, could program a bot to do the same thing.

Ms. Wengert wasn’t exactly surprised. She’d known that her job was straightforward and repetitive, making it low-hanging fruit for automation. But she was annoyed that her managers seemed so eager to hand it over to a machine.

“They were desperate to create this sense of excitement around automation,” she said. “Most of my colleagues got on board with that pretty readily, but I found it really jarring, to be feigning excitement about us all potentially losing our jobs.”

For Ms. Wengert, 27, the experience was a wake-up call. She had a college degree and was early in her career. But some of her colleagues had been happily doing the same job for years, and she worried that they would fall through the cracks.

“Even though these aren’t glamorous jobs, there are a lot of people doing them,” she said.

She left the insurance company after her contract ended. And she now works as a second-grade teacher — a job she says she sought out, in part, because it seemed harder to automate.