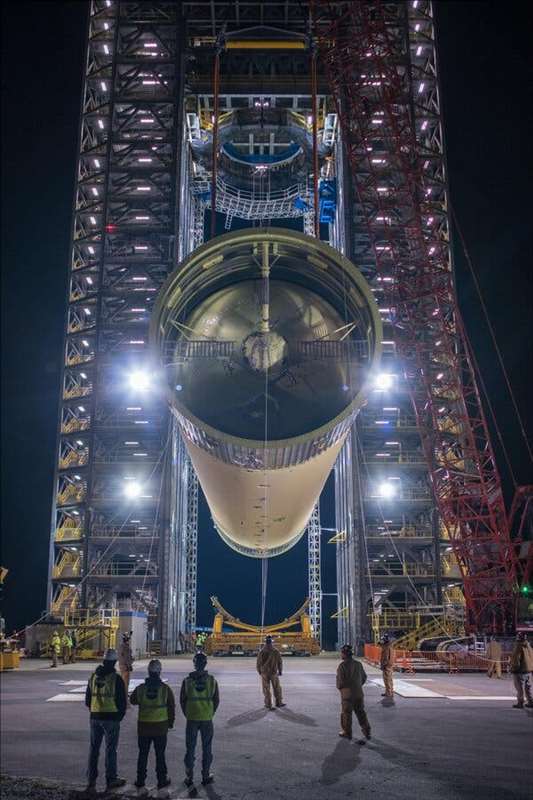 The United States is unlikely to build anything like the Space Launch System ever again. But it’s still good that NASA did.

On Thursday, NASA will try for a second time to prove that the Space Launch System is ready to take flight, aiming for a continuous “hot fire” of its engines for as long as eight minutes. If the test goes well, the rocket’s next stop would be Kennedy Space Center in Florida, and as early as November, the launchpad. It is expected to lift a capsule called Orion on a path around the moon and back. Its first crewed mission is planned for 2023. That flight will be the first to lift astronauts beyond low-Earth orbit since 1972. Indeed, it will send astronauts farther into space than any human has gone before.

And yet far from being a bold statement about the future of human spaceflight, the Space Launch System rocket represents something else: the past, and the end. This is the last class of rocket that NASA is ever likely to build.

Seeing it launch, though, will actually mean something. While NASA has long desired to return astronauts to deep space, it could not. The agency lacked a vehicle designed, tested and validated as safe to lift humans more than a couple of hundred miles from the ground. If this week’s test succeeds and the rocket later flies, the United States will be able to say that it does.

But the course has not run smooth. The Space Launch System was born not on the drafting tables of engineers, but on the desks of senators. In 2010, Congress legislated into existence a launch vehicle for firing heavy things to deep space. What things? TBD. And where, exactly? No one could say for sure.

Members of Congress had no particular design in mind, but they demanded that NASA rummage through crates of old space shuttle parts whenever possible to build this thing, and required that it launch by 2016.

Mandated to build the big rocket, NASA cobbled together exploration programs that would use it. First, it was an asteroid rocket. Then a Mars rocket. Now, it is an Artemis moon rocket. In any event, the Space Launch System is billions of dollars over budget and five years beyond its compulsory launch date.

The setbacks that have plagued the Space Launch System stand in stark contrast to what else has happened in rocketry in the past decade.

This private space program was nurtured by NASA and accelerated after the space shuttles stopped flying in 2011. Last year, SpaceX began carrying the agency’s astronauts to the International Space Station. Now the company has set its sights on landing people on the moon and Mars. But SpaceX’s rockets aren’t ready to carry astronauts beyond low-Earth orbit, and few other companies have expressed interest in this truly long-distance travel market.

Despite the lofty ambitions of so many presidents, humans have remained mired in orbit. The ability to reach the moon is not as simple as going a little farther. The space station operates about 250 miles above Earth’s surface. The moon is about 250,000 miles away. Accordingly, after 32 years of false starts and failed programs, a successful launch of the Space Launch System will at last reopen old frontiers of human spaceflight. NASA will again have the hardware to transport humankind to other worlds.

By contrast, the NASA rocket does not look like anyone’s vision of the future. That is part of what makes the Space Launch System a useful transitional product. It has no unusual engineering hurdles to leap. There is every reason to believe that once these rockets demonstrate their flight worthiness, they will work well and reliably. Until Starship or some other rocket is flying safely and regularly, NASA can continue its interplanetary endeavors knowing that in the interim, it has a working giant rocket.

There is great value in that. The big rocket won’t be needed forever. It might be needed only long enough to get the first woman on the lunar surface. The commercial launch sector may be ready to take it from there.

It is highly unlikely that NASA will ever again rely on rockets it has built on its own. The Space Launch System is the end of the line. If the only purpose it serves is giving the nation the time and confidence to get a private, reusable vessel spaceborne, it will have been a success.

Whether the Space Launch System program ends next year or next decade, unlike the end of the space shuttle or Saturn 5, it will not be the end of a chapter, but the end of a book. NASA will be out of the rocket business. When the next generation goes to Kennedy Space Center and sees a giant old Space Launch System booster on display, the tour guide will say, “They don’t make ’em like that anymore,” and that will be true — literally.