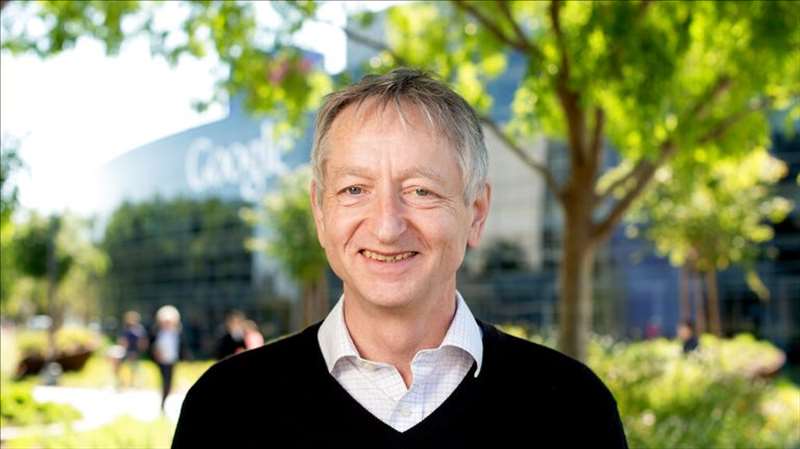 Geoffrey Hinton has been “popping up like Forrest Gump” throughout the past few decades of AI achievements.

Now 73, the British computer scientist has spent his entire career driving forward the field of artificial intelligence (AI), doing almost all of his work while standing due to back injuries beginning in his teens.

By the time he reached his 50s, Mr Hinton’s back problems were so severe that he decided to just stop sitting down. These days, when travelling by car he lies sprawled across the back seat – and he eats “like a monk at the altar” by kneeling on a foam cushion before the table.

“If you let it completely control your life, it doesn’t give you any problems,” he told Cade Metz, a journalist for The New York Times, who has detailed his life in the book Genius Makers.

“He’s got this incredible sense of humour,” Mr Metz told Sky News. “When you ask him about his back problem, he calls it ‘a long-standing problem’,” Metz added.

Mr Hinton is the great-grandson of George Boole – the mathematician who invented Boolean algebra, laying the foundations for the entire information age – and the son of a respected scientist and member of the Royal Society, whom he disappointed when he chose not to study entomology.

In Scotland, he embraced the idea of a neural network, something which Metz described to Sky News as “an idea that almost no one on Earth believed in at that point – it was pretty much a dead idea, even among AI researchers”.

But he would go on to provide critical contributions to both the idea and the field of AI in general, moving it from the relatively hypothetical and underfunded world of academic computer science – unless researchers wanted to accept grants from the US Department of Defence, which Mr Hinton did not – into industry.

Part of the fun in writing the book was following Mr Hinton “popping up like Forrest Gump in all of these important places”, said Metz. Although the idea of a neural network pre-dated Mr Hinton, his work on it in the 1970s helped establish this missing piece – along with David Rumelhart and Ronald Williams – called backpropagation.

“Others had similar ideas, but that paper was really what gave neural networks the missing mathematical piece they needed to work on the scale they work now,” explained Metz.

“He was there then at that moment, and then he actively built these systems that worked in a very real way in speech recognition first and then image recognition. Those were two very important moments in the progress of not only that technology, but AI as a whole as the way it’s practiced today.

Mr Hinton played an instrumental role in winning the attention of the world’s largest technology companies. After the Chinese technology giant Baidu offered to pay $12m (£8.6m) to them for a few years’ work, he suggested holding an auction for the chance to invite some other bidders.

“I tried to get him to tell me who these companies are that are bidding for him,” said Metz of his efforts to “put together the story of this auction, when he auctioned himself off to all these companies”.

“And he said, ‘Well, I signed NDAs with Google and Microsoft and Baidu that said I would never talk about that.'”

In the end, when bidding between Google and Baidu reached $44m (£31m), Mr Hinton intervened and sold his company to the American firm. Finding the right place for his research was more important than the additional money.

“And that’s the kernel of so many great stories, someone who believes in something and knows that there’s promise there, and they’re willing to work on it even in the face of enormous scepticism.”