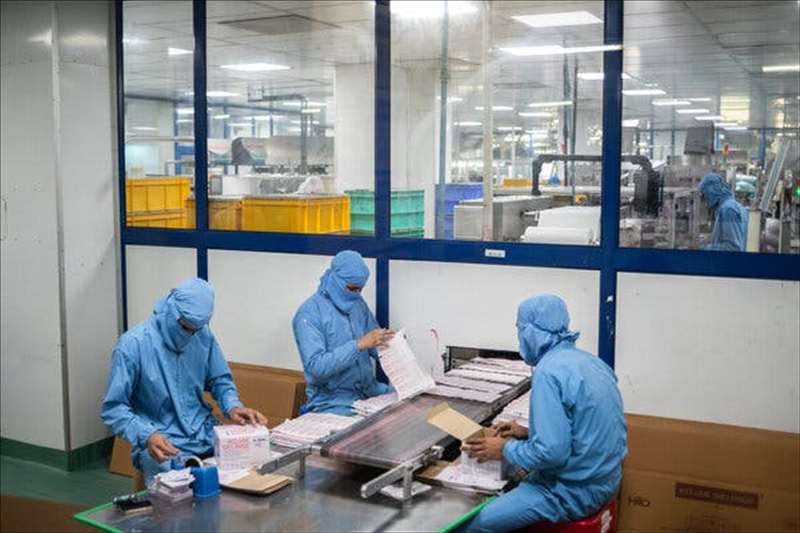 Rajiv Nath’s family-run Hindustan Syringes bets it can help meet the pandemic need for billions of barrels and needles.

BALLABGARH, India — In late November, an urgent email popped up in the inbox of Hindustan Syringes & Medical Devices, one of the world’s largest syringe makers.

It was from UNICEF, the United Nations agency for children, and it was desperately seeking syringes. Not just any would do. These syringes must be smaller than usual. They had to break if used a second time, to prevent spreading disease through accidental recycling.

Most important, UNICEF needed them in vast quantities. Now.

“I thought, ‘No issues,’” said Rajiv Nath, the company’s managing director, who has sunk millions of dollars into preparing his syringe factories for the vaccination onslaught. “We could deliver it possibly faster than anybody else.”

As countries jostle to secure enough vaccine doses to put an end to the Covid-19 outbreak, a second scramble is unfolding for syringes. Vaccines aren’t all that useful if health care professionals lack a way to inject them into people.

“A lot of countries were caught flat-footed,” said Ingrid Katz, the associate director of the Harvard Global Health Institute. “It seems like a fundamental irony that countries around the world have not been fully prepared to get these types of syringes.”

The world needs between eight billion and 10 billion syringes for Covid-19 vaccinations alone, experts say. In previous years, only 5 percent to 10 percent of the estimated 16 billion syringes used worldwide were meant for vaccination and immunization, said Prashant Yadav, a senior fellow at the Center for Global Development, a think tank in Washington, and an expert on health care supply chains.

Wealthier nations like the United States, Britain, France and Germany pumped billions of dollars of taxpayer money into developing the vaccines, but little public investment has gone to expand manufacturing for syringes, Mr. Yadav said.

“I worry not just about the overall syringe manufacturing capacity but capacity for the specific types of syringes,” he said, “and whether syringes would already be in locations where they are needed.”

Not all of the world’s syringes are suited to the task.

To maximize the output from a vial of the Pfizer vaccine, for example, a syringe must carry an exact dose of 0.3 milliliters. The syringes also must have low dead space — the infinitesimal distance between the plunger and the needle after the dose is fully injected — to minimize waste.

The United States is the world’s largest syringe supplier by sales, according to Fitch Solutions, a research firm. The United States and China are neck and neck in exports, with combined annual shipments worth $1.7 billion. While India is a small player globally, with only $32 million in exports in 2019, Mr. Nath of Hindustan Syringes sees a big opportunity.

Each of his syringes sells for only three cents, but his total investment is considerable. He invested nearly $15 million to mass-produce specialty syringes, equal to roughly one-sixth of his annual sales, before purchase orders were even in sight. In May, he ordered new molds from suppliers in Italy, Germany and Japan to make a variety of barrels and plungers for his syringes.

Mr. Nath added 500 workers to his production lines, which crank out more than 5,900 syringes per minute at factories spread over 11 acres in a dusty industrial district outside New Delhi. With Sundays and public holidays off, the company churns out nearly 2.5 billion a year, though it plans to scale up to three billion by July.

Hindustan Syringes has a long history of supplying UNICEF immunization programs in some of the poorest countries, where syringe reuse is common and one of the main sources of deadly infections, including HIV and hepatitis.

“We went, ‘Oh, dear!’” said Mr. Matthews, as they looked for a syringe that would meet W.H.O. specifications and was compact for shipping. Hindustan Syringes’ product, he said, was the first.

The company is set to begin shipping 3.2 million of those syringes soon, UNICEF said, provided they clear another quality check.

Inside the company’s Plant No. 6, machines coated in yellow paint hum as they squirt out plastic barrels and plungers. Other machines, from Bergamo, Italy, assemble each component, including needles, monitored by sensors and cameras. Workers in blue protective suits inspect trays full of syringes before unloading them into crates that they hand carry to a packaging area next door.

The syringe business is a “bloodsucker,” Mr. Nath said, where upfront costs are astronomical and profits marginal. If demand for his syringes drop by even half in the next few years, he will lose almost all of the $15 million he invested.

It’s clearly a frugal operation. The blue carpet in Mr. Nath’s office looks just as old as his desk or the glass chandelier by the stairs, fixtures his father put in place in 1984, before he handed over the company to Mr. Nath and his family.

A family business is exactly how he likes it. No shareholders, no interference, no worries. In 1995, when Mr. Nath needed money to increase production and buy lots of new machines, he sought private capital for the first time. Had that been the case today, he said, he wouldn’t be able to follow his gut and produce his syringes at this enormous scale.