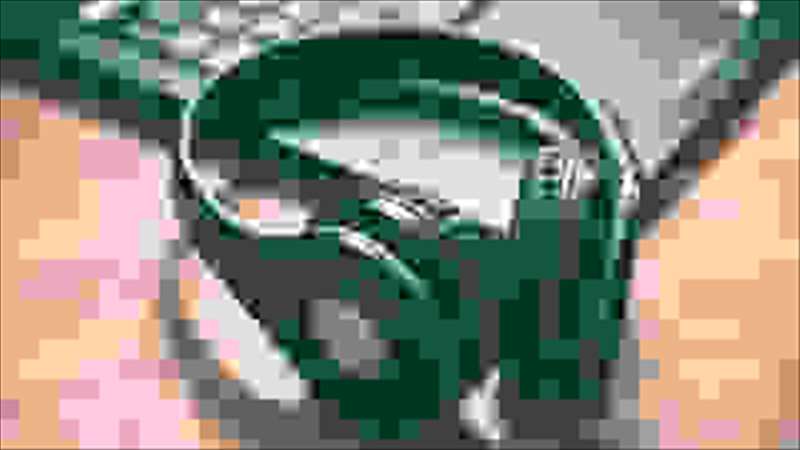 About the Xbox Wireless Headset

Sound is a bit bass heavy

If you’re looking for something that’s system agnostic, working equally well across devices like Macs, PlayStation consoles, or the Nintendo Switch, this may not be the right headset for you, as it’s very Xbox-centric despite also working with PC and Bluetooth-enabled mobile devices. But for Xbox players in particular, this is one of the best options in this price range.

Here are the specs you’ll want to know about at a glance:

In the box, all you’re getting is the headset and a 14-inch USB-C cable.

There’s not much in the box besides the headset, just a 14-inch USB-C cable for charging and a quick start guide. Hopefully, you like picture books, because the quick start guide doesn’t have any explanatory text whatsoever. It’s easy enough to figure out the setup process, however.

Every now and again, you find an accessory that feels so seamlessly tailor-made to work with a product, it‘s almost a disservice not to include it in that box. I used the Xbox Wireless Headset alongside an Xbox Series X, and it truly feels like an extension of that console’s better qualities.

Pairing is intuitive and instantaneous, working almost identically to how your paired Xbox controller does: turn on the headset, and your Xbox turns on too. The headset then shows up in the Xbox’s list of accessories, where—like with a new wireless controller—it’ll allow you to assign it to specific profiles, and likely prompt you to update it right away.

Numerous adjustments are available right in the Xbox Accessories app, which is available on Xbox, PC, and mobile devices.

In the EQ menu, you’ll be able to select from a number of pre-sets, make custom adjustments to the headset’s EQ, and toggle bass boost.

It’s a robust suite of settings, but I like that it’s tucked neatly away in the Accessories menu. It keeps the headset itself relatively minimalist as far as buttons go, and makes it easy to reset everything to default if you feel you’ve tweaked too much.

All of this is to say that the Xbox Wireless Headset feels extremely well integrated into the Xbox ecosystem, in much the same way that the official controller does. That’s one big advantage of first-party headsets, and this one fits the bill.

Comfort is one of the most important things to focus on for headphones in general, but especially for gaming headsets, which tend to be both worn for very long periods of time and heavier than the average over-ear headphones. Fortunately, the Xbox Wireless Headset is plenty comfortable.

The cushy cups stick out extra far from your head, but for good reason: you twist the plastic backs capping each cup in order to control audio. The left cap shifts balance between game audio and chat audio, while the right cup handles overall volume. It’s very intuitive, and it’s super easy to just reach up and make adjustments. The cups have hardware stopping points on either side of the twist, making it easy to know when you’ve maxed out or minimized adjustments. Also, there’s a clicky stop point halfway between game and chat balance, making it easy to find on the fly.

Despite its huge cups, the Xbox Wireless Headset is quite light, and comfortable enough for hours of use.

Otherwise, there are only two other control buttons on the headset itself: the power button (which you hold for four seconds to enter pairing mode), and the mic mute button. It makes for a pleasingly minimalist experience, and might help explain why the quick setup guide is so bare-bones—instructions almost aren’t needed here.

The headset only weighs in at 11 ounces, which is decently light for how big the cups are. Like the cups, the band is well-padded and extends with satisfying, crisp clicks that feel like they’ll maintain their accuracy through many gaming sessions. The whole package is at once comfortable and a real knockout in terms of control design.

Next to those, the sound quality of the Xbox Wireless Headset doesn’t exactly shimmer, but it’s not bad at all. This headset isn’t going to replace your headphones: its default “Game” EQ tends to overemphasize bass and lower midrange frequencies a good deal, but not quite to the point of muddying them.

It’s not difficult at all to use the Xbox Accessories app to tweak the EQ and reduce the excess bass, but it’s a shame that the headset isn’t more balanced by default (especially because there’s already a bass boost option). Still, the spatial presentation and clarity are both solid, especially for $99.

The attached microphone is good quality, and lights up while it’s active.

Where the Xbox Wireless Headset performs pretty flawlessly, however, is with its microphone. The permanently attached boom folds up around the left cup when not in use (though it doesn’t snap into place, so it’s always just kind of there). The mute/unmute button is right on the bottom of the mic arm and is easy to find, and the light that turns on when the mic is active is a very nice touch.

According to friends on games and Xbox Live parties, I sound “good” over the mic. I haven’t had any complaints about sounding tinny, or “like I’m speaking from another dimension,” or any of the other colorful phrases my friends have used to describe when headset microphones weren’t cutting it, transmission-wise.

Overall, in terms of audio playback and mic functionality, the Xbox Wireless Headset does a solid job on both fronts, bass emphasis notwithstanding.

I found that Microsoft’s claim of 15 hours of battery life holds up pretty well; I appeared to get a bit more than 15 hours out of the headset before it needed a recharge. It also charges up quite quickly over the USB-C charging cable.

My favorite battery-related feature, however, is that your Xbox will display the headset’s battery level when you press the guide button in the upper right corner of the screen, just like it does with your controller’s battery level. It’s a simple little software solution, but it’s a further tip of the cap to the advantages of first-party accessories.

Almost every professional and consumer review I’ve seen for this headset has made mention that while it’s overall an excellent product, it emphasizes bass too much by default, and I agree.

It’s especially noticeable when you’re listening to music, presenting a kind of constant, deep rumbling behind all but the gentlest, sparsest music. It may be a conceit to “consumer” soundscapes in headphones, which tend to emphasize sub-bass and bass frequencies, but it’s simply a bit too much here.

Just like the Xbox controller, this headset gets updates through your console, so it wouldn’t be too hard for Microsoft to listen to this feedback and employ a software update that alters the default EQ (hint, hint).

I love that turning this headset on turns on my Xbox. It’s nice to not have to remember what order in which to do things, or have to walk across the room to push the button on the console itself.

The Xbox Wireless Headset integrates so seamlessly into the Xbox ecosystem, it feels like the perfect accessory.

But there was one instance where turning the headset on when the console was already on seemed to … turn the console off? It doesn’t make much sense, but it’s not the only hiccup I’ve had with these. They have also failed to implement software updates and, at one point, came unpaired from the Xbox and had to be re-paired.

Generally, the experience has been seamless, but it’s worth noting that as a relatively new accessory for a relatively new product, you’re probably going to encounter a few connection and update-related issues.

The Xbox Wireless Headset is not without a few minor flaws, but in the grand scheme of things, it’s a blue-ribbon kind of product for $99. It cross-pollinates so naturally with the Xbox Series X that it feels like it ought to be included right in the box. Audio for games and music is solid overall, and the Accessories app makes it easy to tweak it to your liking otherwise.

For folks who primarily play Xbox and want an awesome, well-integrated gaming headset at a very friendly price point (and who wouldn’t?) the Xbox Wireless Headset is the second-best Xbox accessory on the market after the included controller. And even there, it’s close.

Lee has been Reviewed's point person for most television and home theater products since 2012. Lee received Level II certification in TV calibration from the Imaging Science Foundation in 2013. As Editor of the Home Theater vertical, Lee oversees reviews of TVs, monitors, soundbars, and Bluetooth speakers. He also reviews headphones, and has a background in music performance.

We use standardized and scientific testing methods to scrutinize every product and provide you with objectively accurate results. If you’ve found different results in your own research, email us and we’ll compare notes. If it looks substantial, we’ll gladly re-test a product to try and reproduce these results. After all, peer reviews are a critical part of any scientific process.