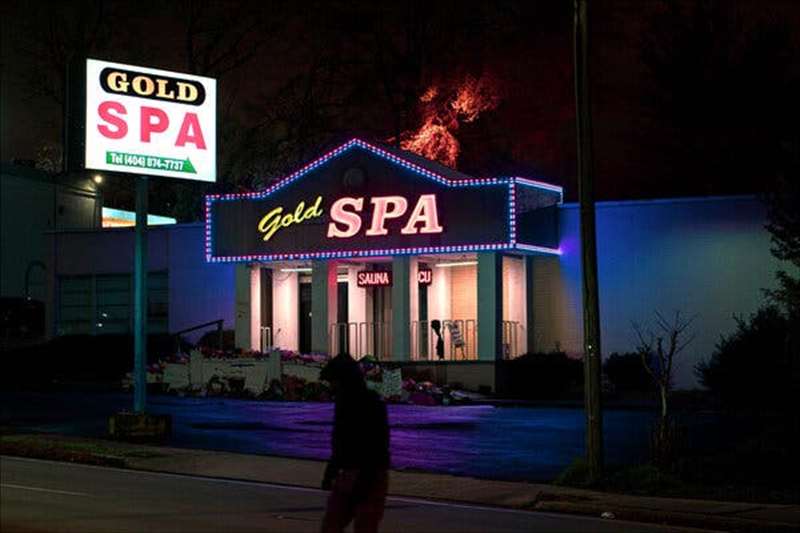 Asian-Americans are reeling from the killings in Georgia and a rising number of attacks nationwide. Could confronting racism bring solidarity across their class divides?

The Asian-American experience is a tale of contrast.

The endless list of disparities and nuances has made solidarity elusive for Asian-Americans, even as activist groups demand that our issues be recognized. While Asian-Americans are the nation’s fastest-growing racial group — now 6 percent of the population — not everyone’s priorities are the same, far from it in some cases, so increasing numbers haven’t led to increasing power, politically or culturally.

The events of the past year — from the former president’s racial slurs to the series of attacks on Asians, leading up to the Tuesday shootings of eight people, including six women of Asian descent, at massage parlors in Atlanta — could be uniting people for a new reason: fear.

Anna Mok, a Chinese-American executive at the consulting firm Deloitte, who lives in San Francisco and acknowledged that she was in a position of privilege, said hate crimes against Asian-Americans over the last year had prompted friends to urge her to not even go outside for a walk.

She added that many other Asian-Americans working for big companies had described similar magnitudes of stress to her: “There’s no buffer, there’s no isolation. No matter how much money one makes, no matter how successful one is, it’s the reality of being an Asian in the U.S.”

Many Asian immigrants have higher levels of education than native-born Americans, which is largely why they settle in at the top of the income ladder. At the same time, Asians at the bottom of the ladder have lower education levels.

In nearly a dozen conversations this past week with scholars, activists and historians, the sadness and grief around this inflection point was clear — as was the recognition of how starkly divided two professional paths for Asian immigrants in this country have been.

The Asian-American story has been a complicated narrative. There are the restaurant workers and massage therapists nested in metropolitan enclaves, but there are also the high achievers attending elite schools who end up in well-compensated careers. Often one generation of immigrants in service jobs raises the next generation of corporate strivers. In this moment, though, as the population grows, the groups are becoming increasingly isolated from one another.

In the aftermath of a summer of protests for racial justice and increasing awareness of the Black Lives Matter movement, corporate employees of color, including Asians, are demanding equity and inclusion, which would put an end to a white-dominated culture. The workers in spas and nail salons don’t have the luxury to even think about that; they are more vulnerable to the whims of their white clientele. In a nation already divided by politics, religion and income, here is a community divided within itself.

But the “kung flu” pandemic — the xenophobic language, fueled by President Donald J. Trump, that added hate crimes to a deadly disease and the rest of the list of things for Asian-Americans to fear this past year — may be gradually bringing people together.

The fact that the men did not serve jail time sent tremors through Asian communities. Activists formed civil rights groups to protest.

“We know that the Vincent Chin murder really did help communities across different ethnic groups come together,” said Nancy Yuen, a sociologist at Biola University in California.

Yet for decades, policymakers and government leaders have historically treated Asian-Americans as if they were invisible. That was in part because of the diverse makeup and smaller size of the group, which made it challenging to gain influence and attention. Ellen Wu, a history professor at Indiana University, said Asian-Americans had to compile data just to prove that they were minorities who suffered from issues like discrimination. Being recognized has been an uphill battle ever since.

The shared pain and disrespect could finally be giving Asians grounds for solidarity — and a platform to be visible. On Twitter, the hashtag #stopasianhate went viral, and all over the country, crowds gathered in the streets this past week, lighting candles for the Atlanta victims and holding signs proclaiming “Asian Lives Matter.”

For those working remotely during the pandemic, who could mostly stay home and felt less vulnerable, their fear began to manifest when they saw photos posted online of Asian elders — people who looked like their parents — beaten to a pulp. Ms. Mok, the Deloitte executive, moved to San Francisco in January from Palo Alto, Calif., to be closer to her father, who is 88 and lives alone there.

“My own sense of helplessness when I told him, ‘Please don’t go out, not even to get your newspaper,’ was very difficult for me to handle,” Ms. Mok said.

“There’s something about the Covid issue and the anti-Asian hate issue that presents this common denominator, a point of convergence,” Ms. Wu said. “There is a certain baseline where, across the board, there does seem to be recognition and fear that bad things are happening to people of Asian ancestry, undeniably.”

Jo-Ann Yoo, the executive director of the Asian American Federation, a nonprofit network of community groups, has spent the last year producing videos about small Asian-American businesses hit hard by the pandemic and speaking at rallies and news conferences about hate crimes against Asians.

When most people are vaccinated and white-collar workers are fully back out in the world — commuting, stopping for coffee and heading to offices — the way the world has changed in the past year could further force solidarity: Any Asian could be targeted.