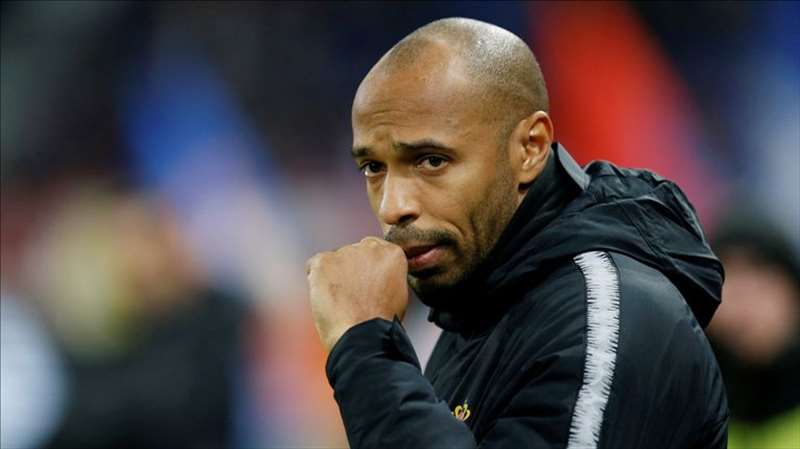 The former striker, who has millions of online followers, says the scale of the problem and its impact “is too toxic to ignore”.

Thierry Henry will disable his social media accounts and says he will not return until those in charge treat racist abuse with the same seriousness as they approach copyright infringement.

Henry, 43, posted a statement on all his social media accounts on Friday.

He wrote: “From tomorrow (Saturday) morning I will be removing myself from social media until the people in power are able to regulate their platforms with the same vigour and ferocity that they currently do when you infringe copyright.

“The sheer volume of racism, bullying and resulting mental torture to individuals is too toxic to ignore.

“It is far too easy to create an account, use it to bully and harass without consequence and still remain anonymous. Until this changes, I will be disabling my accounts across all social platforms.

Henry has huge international pull, having also played for Barcelona and New York Red Bulls before becoming a pundit upon retirement.

Henry has not gone into specifics about what abuse he has received on those platforms but there is a long list of black and mixed race players, both men and women, who have received abuse.

“Between October and December last year we took action on 6.6 million pieces of hate speech content on Instagram, 95% of which we found before anyone reported it to us.

“We recently announced that we’ll take tougher action when we become aware of people breaking our rules in DMs (direct messages) and we have built tools to help people protect themselves.

“We’ll continue this work, and know these problems are bigger than us, so we are working with others to collectively drive societal change through action and education.”

Instagram did announce tougher penalties for those who send abuse via direct message last month but this has prompted questions about how they define racist abuse and whether the new sanctions go far enough.

Some footballers have also called for an end to anonymity online and a requirement for users to provide official identification to create an account.

But Facebook said if it was to insist on using government identification or passport details it would be barring access to the very people who use its platforms to build communities.