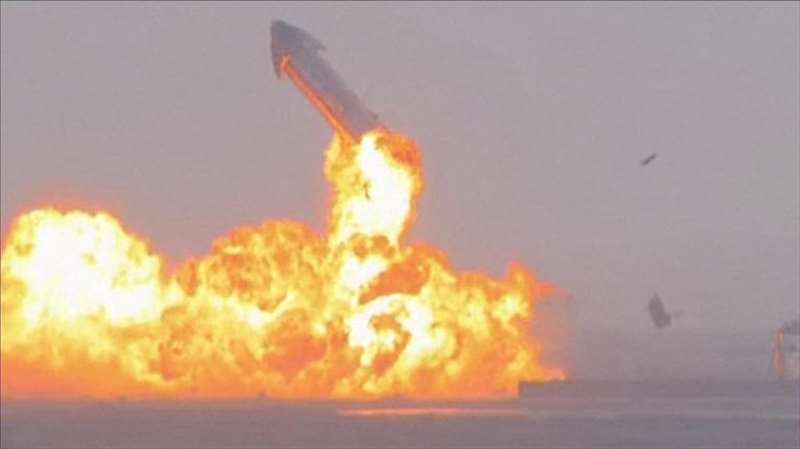 Two previous tests had ended in disappointment and it seemed the third was heading for success – but it was not to be.

It descended over the Gulf of Mexico before turning upright, ready for landing.

But, having declared the test a success, the rocket exploded and was hurled into the air before hitting the ground in flames.

SpaceX did not say what the problem was but Mr Musk was focusing on the positive: This was the first time Starship had landed safely after a high-altitude flight.

He added that the SpaceX team was “doing great work”, saying: “One day, the true measure of success will be that Starship flights are commonplace.”

Starship and launch vehicle Super Heavy were unveiled by Musk in 2019.

The rocket is designed to carry a crew and cargo “to the moon, Mars or anywhere else in the solar system” and land back on Earth perpendicularly instead of horizontally, Mr Musk has previously said.

But the first two tests crashed and exploded in December and February.