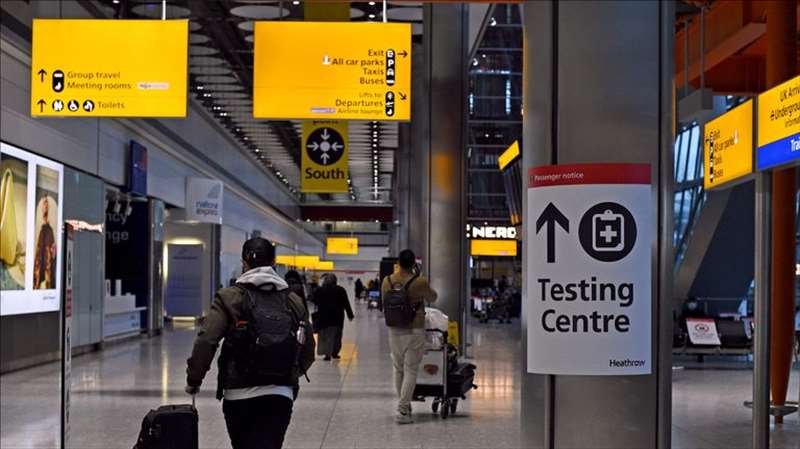 The Brazil coronavirus variant was imported into the UK just five days before the mandatory quarantine was introduced.

There is an adage from the world of terrorism that equally applies to the emerging new variants of COVID-19.

Someone somewhere in the UK has it, doesn’t know it, and may have spread it.

They came forward for a test in mid-February, but didn’t put their name on the paperwork. And now public health teams are urgently trying to track them down.

They entered the country five days before the hotel quarantine rule was brought in for travellers returning to England from 33 high-risk countries, including Brazil.

Of course, they may have travelled back from Heathrow in their own car and followed the quarantine rules ever since. Risk to the community: minimal.

But they could have travelled on public transport and didn’t self-isolate because they couldn’t afford not to work. Risk to the community: most definitely.

The potential threat to public health from DIY isolation was why the rules were tightened. It’s much easier to contain a virus if you know the person infected is incarcerated in a hotel room.

But it would be a mistake to think that we are now safe from future imports of variants.

Scientists on the SAGE advisory committee said in January that hotel quarantines only come close to fully preventing the virus being brought into the country if they apply to all travellers.

The Scottish government adopted that advice as their policy, but England didn’t.

The UK analyses the genetic make-up of more virus samples than any other country. That’s why variants are picked up at an early stage.

But variants could be spreading in other European countries below the radar. And there’s nothing to stop passengers from those countries entering the UK.

In truth even a complete quarantine on travellers wouldn’t reduce the risk of imported virus to zero unless it also applies to the 1,000 or so truck drivers crossing the Channel every day. That’s unlikely.

And no quarantine rule is going to stop the emergence of home-grown variants. Both the original virus and the Kent version have mutated and are spreading.

The first generation of jabs were developed at a blistering pace. They’re already saving lives.

But instead of relying on jabs based on the spike protein, which mutates so fast, we need vaccines with some in-built insurance against the evolving virus.

Until such a vaccine is available, re-starting normal, quarantine-free international travel is risky.

However much we all want a foreign holiday after a year of lockdowns, the virus won’t stop evolving just to give us a break.