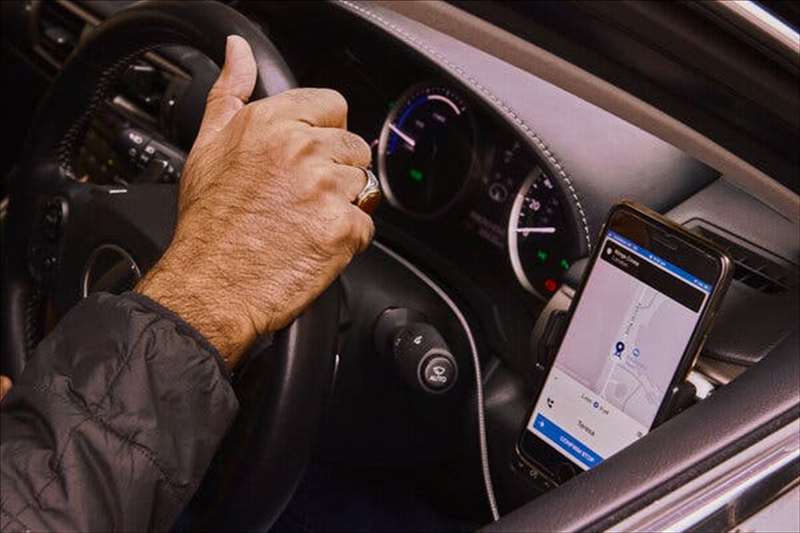 The decision was an important victory for labor activists in the U.S. and Europe who are pushing for better wages and stronger protections for gig economy workers.

Uber suffered a major defeat in one of its most important markets on Friday when Britain’s Supreme Court, in a ruling that could threaten the future of the already unprofitable company, said a group of drivers should be classified as workers entitled to a minimum wage and vacation time.

The court’s decision, the latest in a string of confrontations between labor groups and so-called gig economy companies in courtrooms and legislative halls around the world, poses an existential threat to Uber and other companies that rely on a sprawling labor force of independent contractors to provide car rides, deliver food and clean homes.

The Supreme Court justices ruled unanimously that although Uber said it was only a technology platform that connected drivers with passengers, it behaved more like an employer by setting rates, assigning rides, requiring drivers to follow certain routes and using a rating system to discipline them.

The decision was a major victory for labor activists in the United States and Europe who are pushing for better wages and stronger protections for workers with services like Uber, Lyft, DoorDash and Grubhub, which have long been criticized for how they treat their drivers and delivery people.

It was also a considerable setback for Uber, which had been able to beat back other attempts at forcing it to change how it treats its drivers, including the defeat in November of a California law that would have forced gig companies to make changes similar to those now being forced by the British court ruling.

Their businesses were strained even further by the pandemic, as travel and entertainment spending plummeted because of lockdowns. The companies still say they can become profitable in the near future as Covid-19 vaccines help reopen economies. But paying more to drivers could make turning a financial corner even more elusive.

The British ruling could be a “nightmare” for Uber if it increases its labor costs, said Daniel Ives, an analyst with Wedbush Securities. London is one of Uber’s top five markets globally, he said.

“This case could set a precedent for other workers and companies in the gig economy throughout the U.K. and Europe, which would be a body blow to the overall ecosystem,” Mr. Ives said in a note to clients.

Uber and other gig economy companies have been fighting off efforts around the world to classify workers as employees, with mixed success.

Sadiq Khan, the mayor of London, cheered the decision.

“It is a landmark decision for people who suffer from low pay and a lack of security at work,” he said in a statement. “Gig economy workers deserve the same rights as other workers.”

Uber fought the effort by drivers in Britain to be classified as workers for the past five years, appealing the decision all the way to the country’s top court. The ruling on Friday is expected to initially affect only the 25 drivers who brought the case, but is seen as setting a precedent for the 60,000 other Uber drivers across the country.

The ruling will now be referred to an employment tribunal, an administrative court that will decide in the next few months how to reward the drivers and how the ruling will affect other drivers going forward.

Uber sought to play down the decision, saying it would press the employment tribunal to limit its scope. The company said that it believed the ruling should affect only a small number of drivers, and that Uber should not be required to reclassify all its drivers as workers.

The company said it would argue to the tribunal that it had made a number of changes to its business model to provide more protections for workers since 2016, when the case was filed, like offering insurance to drivers if they lose income because they are sick or injured, and allowing drivers to reject taking certain rides without punishment.

“We are committed to doing more and will now consult with every active driver across the U.K. to understand the changes they want to see,” Jamie Heywood, Uber’s regional general manager for Northern and Eastern Europe, said in a statement.

But some employment lawyers said the decision had broader consequences than Uber was suggesting and was an important moment in the broader labor debate about gig workers.

The case has “much wider implications than the Uber case alone and is likely to be seen as a watershed moment in employment rights for workers in the gig economy,” said Schona Jolly, a human-rights and employment-law barrister with Cloisters Chambers in London.

Nigel Mackay, a partner at Leigh Day, the law firm representing the drivers, said that the decision would have a broad impact and that Uber must begin providing a minimum wage and holiday time to drivers or risk facing a wave of similar cases from others. He said none of the changes made by Uber since 2016 “would impact on the central findings of the Supreme Court that Uber drivers are workers.”

“Any Uber driver can now join the claim to seek compensation for Uber’s failure to provide paid holiday and to ensure the drivers are paid at least the national minimum wage,” he said.

Uber and other gig economy companies say their business model gives people flexibility to choose when they work, while critics say it has eroded job protections and the traditional company-employee relationship.

Uber drivers are paid per ride, with Uber taking a 20 percent fee from each fare. The court said drivers, who must pay for their own car, insurance and taxi license, are entitled to be paid when they are logged in to the app, not just when they are providing a ride, with some restrictions.

Uber said it would send a survey to drivers on Saturday to measure their views on the ruling and worker flexibility, to better gauge how to adjust their model to conform to the ruling. As the case plays out in the employment tribunal, Uber may rely on the appeal of gig work for some people — the ability to work as much as or as little they like.