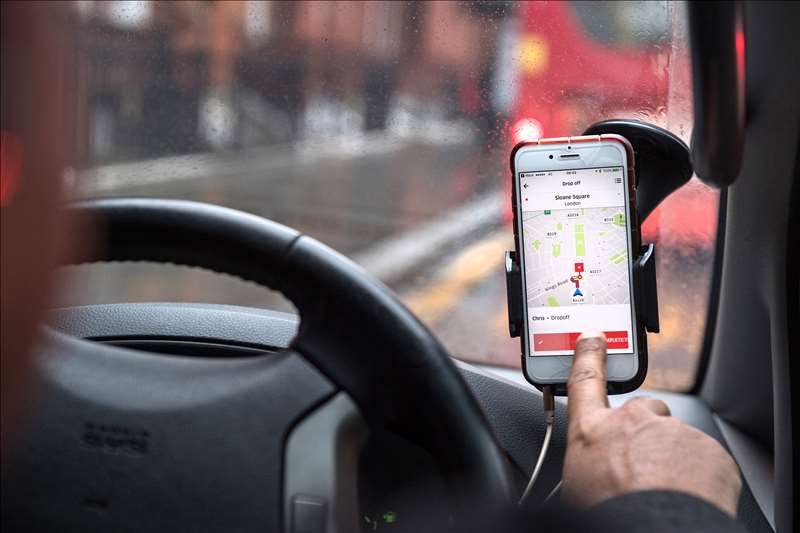 Uber’s stock price tumbled Friday after Britain’s top court said its drivers should be treated as “workers” rather than independent contractors.

Shares in the ride-hailing giant slid 1.6 percent in premarket trading to $58.07 as of 9:17 a.m. following the UK Supreme Court’s ruling, which deemed Uber drivers eligible for protections such as a minimum wage and paid leave.

The decision dealt a blow to Uber’s argument that its drivers are independent contractors who aren’t entitled to such benefits — a claim central to the company’s business model.

Uber acknowledged that the ruling could have major implications for Britain’s ride-sharing industry even though it only focused on a handful of drivers who originally brought the case in 2016. The company has about 60,000 drivers in the UK, including 45,000 in London.

“Importantly, this case could set a precedent for other workers and companies in the gig economy throughout the UK and Europe which would be a body blow to the overall ecosystem,” Wedbush Securities analyst Daniel Ives said in a Friday research note.

The Supreme Court unanimously shot down Uber’s appeal of previous rulings that sided with a group of drivers who challenged the company’s independent contractor model.

The seven-judge panel found that Uber exercises “significant” control over its drivers’ work and rejected the company’s argument that it simply facilitates transactions between drivers and riders.

Uber pointed out that the “worker” status the UK ruling afforded to some of its drivers there was different from the country’s “employee” classification, which provides a wider range of protections.

The San Francisco-based company also said it has made “significant changes” to its British business since the case was brought in 2016, such as giving drivers more control over how they earn and providing free insurance in case of sickness or injury.

“We are committed to doing more and will now consult with every active driver across the UK to understand the changes they want to see,” Jamie Heywood, Uber’s regional general manager for northern and eastern Europe, said in a statement.