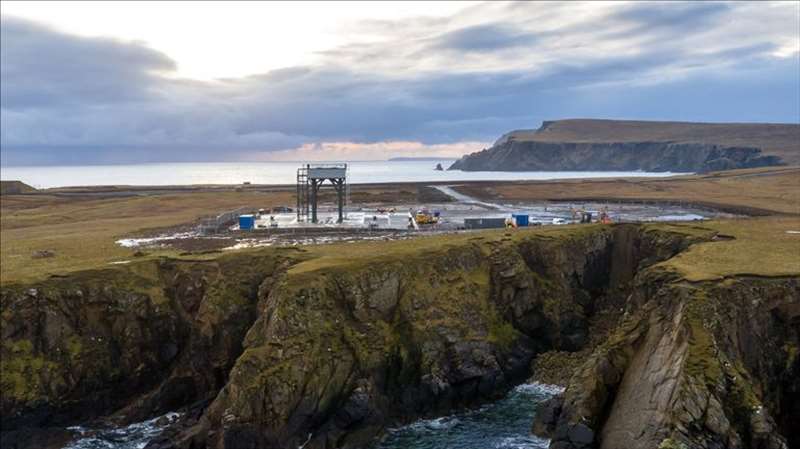 The first attempt to launch an orbital rocket into space ended in failure this month. While Spaceport Cornwall didn’t go the distance, bosses at SaxaVord on the island of Unst hope they can be the ones to make history.

The UK’s inaugural vertical rocket launch could happen as soon as this summer, with another attempt to reach orbit for the first time not far behind.

Scott Hammond, deputy chief executive of SaxaVord Spaceport in Shetland, told Sky News they hope the site will host multiple launches in the months ahead.

“To watch a rocket launch is going to be a completely different experience,” Mr Hammond said.

“It’s quite awe-inspiring when you see these happen.

“People will be really stunned by it, and to think it’s happening from the UK will hopefully be really uplifting.”

The site’s inaugural launch could happen in August.

If successful, it would involve a German HyImpulse Technologies suborbital rocket – which does not reach space – perform the first vertical blast-off ever from UK soil.

Following that, an orbital rocket launch by another German firm, Rocket Factory Augsburg, will aim to go one better than the Cornwall mission by reaching space and deploying satellites.

It will begin testing in the summer ahead of a launch in the autumn, potentially as soon as October.

An American company, ABL Space Systems, will also launch a mission this year called Pathfinder from the SaxaVord site, supported by funding from the UK Space Agency.

“Our ethos is to operate a spaceport much like an airport,” Mr Hammond said.

SaxaVord hopes the Civil Aviation Authority will approve its application by the summer.

SaxaVord could host 30 launches a year from its three launchpads once online, according to Mr Hammond.

Its location on Unst, the UK’s northernmost inhabited island, is seen as ideal because of its clear airspace.

Cornwall, Sutherland and SaxaVord are three of seven spaceports coming online across the UK – with the aim of together launching 100,000 satellites by 2030.

Only California builds more satellites than the UK, which wants to become a major European launch hub.

“We are a data hungry society and satellites give you data, or they enable you to get data.

“Do you see us having less computers, less internet, less mobile phones? I suspect not – and satellites are a fundamental part of what you could call this third industrial revolution.”