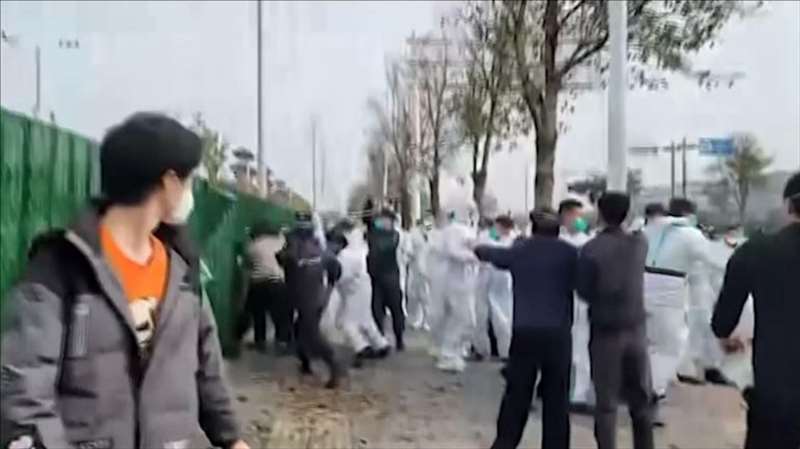 People have been beaten and detained after protests by staff working at a huge factory making iPhones in the central Chinese city of Zhengzhou.

Video shows police in masks, along with other officials in white hazmat suits, swinging batons and sticks at protesters.

Last month, thousands of employees at the site walked out over complaints about unsafe working conditions because of coronavirus cases in the facility.

In October, following rising COVID-19 cases in Zhengzhou, Foxconn put the plant’s 200,000 workers under closed-loop management – a system where staff live and work on site, isolated from outside.

That prompted some migrant workers to flee the plant’s campus and return to their hometowns.

It said the plant was “operating at significantly reduced capacity”, and Foxconn predicted smartphone revenue would fall in the fourth quarter.

The Reuters news agency forecast output at the site could drop by as much as 30% in November.