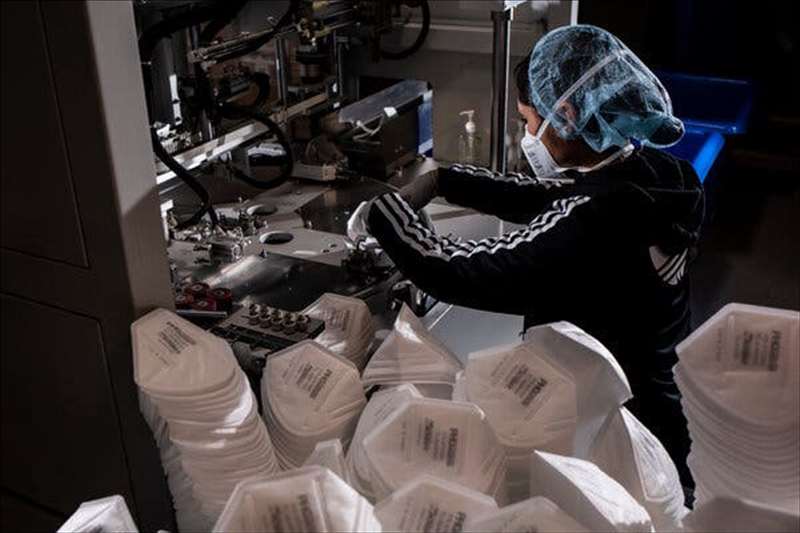 Scientists are urging Americans to upgrade their face coverings. But Amazon, Google and Facebook restrict the sale of medical-grade masks. Critics say the rules are outdated.

It was the Facebook ad for a mask doubling as a hair scrunchie that pushed Dan Castle to despair.

But he has been unable to sell his wares on Facebook since August, when the company abruptly blocked his ads, citing a policy aimed at ensuring medical-grade masks are reserved for health care workers. Since then, he said, sales have plummeted to $5,000 a day from $40,000. And yet, he sees ads for nonmedical grade masks all of the time.

“These companies have such a monopoly that you really can’t be in business without them,” he said. “The policy just doesn’t make sense.”

Mr. Castle’s experiences with Facebook echoed those of other small mask producers who have recently began making N95s and other medical grade masks. Largely shut out by hospital networks, they had hoped to sell their high-filtration products online, where Americans do much of their shopping. But the tech giants have not made it easy, even as scientists have urged the public to upgrade their face coverings to those that can block the tiny pathogens that cause infection.

Google and Facebook ban the sale of medical-grade masks, and Amazon limits their availability to individual shoppers — policies born during the early months of the pandemic, when hospitals were scrambling to obtain protective gear.

But some public health experts and mask manufacturers say these rules are outdated, especially given the spread of more infectious coronavirus variants and the abundance of domestically made masks that are gathering dust in warehouses across the country. The restrictions, they say, may hinder the country’s ability to limit new infections in the months before vaccinations become more widely available.

But mask-making behemoths like 3M and Honeywell have drastically increased production to meet the needs of medical workers, and China, which abruptly cut off exports in the early months of the pandemic, is once again flooding the United States with cheaper N95s.

“It’s disheartening because we are playing by the rules and we can’t catch a break,” he said. “But it’s especially upsetting because, in this case, lives are at stake.”

In a statement, Facebook, which owns Instagram, said its prohibitions on the sale of medical masks were based on guidance from federal health authorities and the need to rein in the sale counterfeit masks. “We regularly evaluate our policies​ while balancing our work to help small and midsize brands grow their business,” the company said.

Many mask start-ups have been especially frustrated with Amazon. Unlike the blanket bans imposed by Facebook and Google, Amazon allows a wide range of masks to be sold on its site, but the company’s algorithms combined with its seemingly contradictory policies can prove vexing for both buyers and sellers.

The confusion is apparent to anyone who has tried buying an N95 mask on its site.

Amazon allows the sale of N95s, but it has effectively given a monopoly to a handful of big companies like Kimberly-Clark, Halyard Health and Makrite, whose products the site buys in bulk and then ships to shoppers directly from Amazon warehouses. Small companies that sell N95s are often blocked from selling their wares directly to consumers unless the buyer has an Amazon business account.

Individual customers who search for N95 masks receive a welter of KN95s, a Chinese mask that is less effective than the N95s. Amazon’s offerings can change from day to day. Much of the time, ordinary shoppers are greeted with a message that says the item is unavailable because it is “prioritized for organizations on the front lines responding to Covid-19.”

Amazon says it is working to bring on new vendors of personal protective equipment, or P.P.E. “Our teams continually monitor the supply of P.P.E., including N95 masks, to ensure we can meet the demand for health care customer needs, as well as general business and at-home customers,” the company said in an email.

First, Amazon demanded to see the testing data to prove his claims that the masks filter out at least 95 percent of the tiny pathogens that cause the coronavirus. That, at least, won him approval to sell on Amazon’s website.

But in the months since then, Amazon has at times stopped customers from buying the masks. Even when sales are allowed, Mr. Atkinson said the platform’s algorithms effectively buried his product listing beneath scores of KN95s.

“Amazon changes the rules all the time without explanation,” Mr. Atkinson said. “I realize they’re not a charity, but a small company like ours doesn’t stand a chance.”

“Even if they make next to no money on that mask, it’s really about keeping customers happy so they don’t go somewhere else,” Mr. Thomson said. “The problem is, if they allow these practices to scale up, it becomes disruptive to anything else that isn’t Amazon.”

He says he is especially irked by the company’s claims about needing to protect the public given Facebook’s reluctance to tackle misinformation surrounding political and pandemic-related content on its platforms.

“It’s just frustrating because we’re waving our hands, saying ‘Hey, we have a better mask that can protect people,’ but we’re really not allowed to talk about it on their site,” he said. “It’s hard enough to start a business in normal times, but it’s next to impossible when these companies shut you out of the marketplace.”

In statements, Facebook, Google and Amazon said they had no immediate plans to revise their policies.