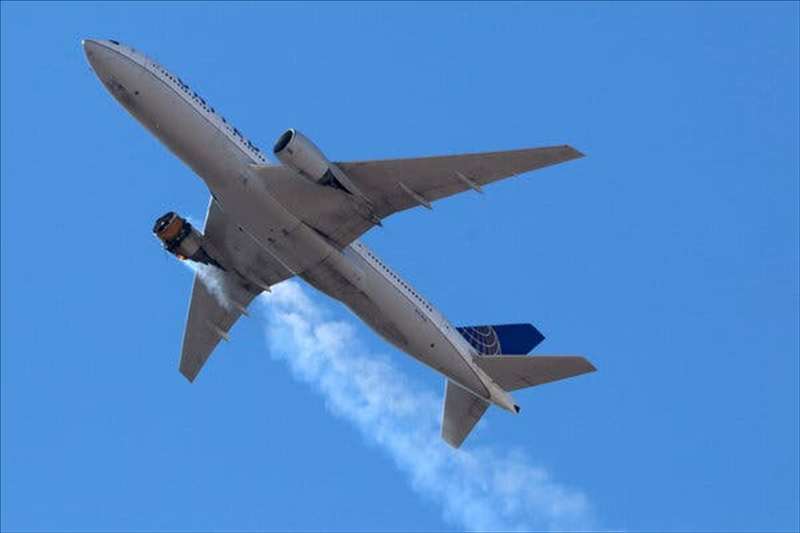 After engine debris from a Boeing 777-200 rained down on a Denver suburb, some fliers may want to know more about plane safety and maintenance. Here are some answers.

The events in Colorado and the Netherlands were the latest in a string of dramatic high-altitude failures over the past few years. In 2018, another United Airlines flight, also heading to Honolulu, experienced a nearly identical engine failure as the one seen over Colorado. So did a Japan Airlines flight heading from Tokyo to Okinawa in 2020. Both of those planes were also Boeing 777-200s equipped with Pratt & Whitney engines.

On Sunday, United, the only U.S. carrier whose 777s are powered by that particular Pratt & Whitney engine, ordered all of them thoroughly checked before they could fly again, while Boeing said that 128 of its 777 jetliners worldwide should be temporarily taken out of service. An initial investigation pointed to metal fatigue in the engine’s fan blades and the F.A.A. on Tuesday said Pratt & Whitney engines on Boeing 777s must be inspected before the planes return to the sky.

Depending on the airline you’re flying, determining the aircraft assigned to you is often as simple as taking a closer look at your reservation. Most airlines list this information right on their online booking page, near the flight details.

But don’t be surprised if your airline makes a last-minute change that puts you on a different plane entirely. Such switch-ups are common, which makes it futile to book an itinerary based on a preferred model of plane.

Covid-19, which has upended many airlines’ flight schedules, has made this practice even more common. But it’s also made it easier for passengers to switch flights if they’re uncomfortable boarding the aircraft assigned to them.

“There’s no consumer law that says if you don’t want to fly on a certain aircraft, they have to accommodate you, but most airlines have waived their change fees,” said Mr. Kelly. “It’s easier to change flights than it’s ever been.”

Constantly. Before every flight, pilots do a walk-around inspection of the plane and its equipment; the Federal Aviation Administration mandates that deeper inspections of planes must be conducted at least every 100 flight hours. After about 6,000 flight hours — the timing depends on the aircraft — planes get what’s called a C Check, which will remove them from service for a full week or longer while technicians perform a deep inspection of all of their parts. A D Check, the most intensive maintenance visit, involves fully dismantling the plane to check for damage in every nook and cranny; these happen every six to 10 years.

There are additional, mandatory schedules for maintenance and service checks stipulated by the specific manufacturer of each aircraft’s many parts. And there are surprise inspections, too.

“The F.A.A. conducts random checks on all certified operators in which we may look at maintenance records, the aircraft themselves, or both,” said Ian Gregor, a public affairs specialist for the F.A.A.

In the case of United’s 777-200, the metal fatigue that caused the engine’s fan blades to snap off was likely invisible to the naked eye. But those blades should have been inspected via thermal acoustic imaging, which can reveal microscopic cracks, relatively recently; in March 2019 the F.A.A. ordered extra checks on Pratt & Whitney engines after an engine failure on a different United flight.

Not in the United States. “F.A.A. regulations apply to all airlines uniformly,” Mr. Gregor said.

“It’s not unheard-of for airlines to operate with maintenance issues, or for corners to be cut,” said Loretta Alkalay, a former F.A.A. attorney and adjunct professor at Vaughn College of Aeronautics in Queens, N.Y. “There are definitely some operators who are less meticulous than others.”

“You can drive yourself crazy poring over the fractions of a percentage that differentiate one carrier’s fatality rate from another’s,” he said. “For all intents and purposes, they’re the same.”

“The data doesn’t really bear that out,” said Mr. Baier. “And a lot of older airplanes are upgraded with new equipment or systems.”

Also, the more a plane flies, the more maintenance checks it receives. “Commercial jets are built to last more or less indefinitely,” said Mr. Smith, the pilot. “The older a plane gets, the more and better care it needs, and inspection criteria grow increasingly strict.”

The pilot will call for a maintenance team, who will attempt to fix the issue on the ground (often while passengers wait at the gate). If the issue is minor but can’t be fixed immediately, the plane might still fly — air operators follow a document called the Minimum Equipment List, a list of systems and parts that can be inoperable and the plane can still fly.

Before the plane in question is returned to operation, crews will run several series of tests, likely including a flight or two, before supervisors will sign off on the mechanics’ work.

And what if an issue arises mid-flight, as it did on Feb. 20? Pilots are prepared for moments like those, said Dan Bubb, a former pilot and expert on aviation history at the University of Nevada, Las Vegas.

“When you’re flying, you’re always anticipating what could go wrong so you can get in front of it,” Mr. Bubb said. “Pilots regularly undergo training for all sorts of scenarios. And when it happens, your training kicks in. The pilots did a textbook job of safely landing that plane.”