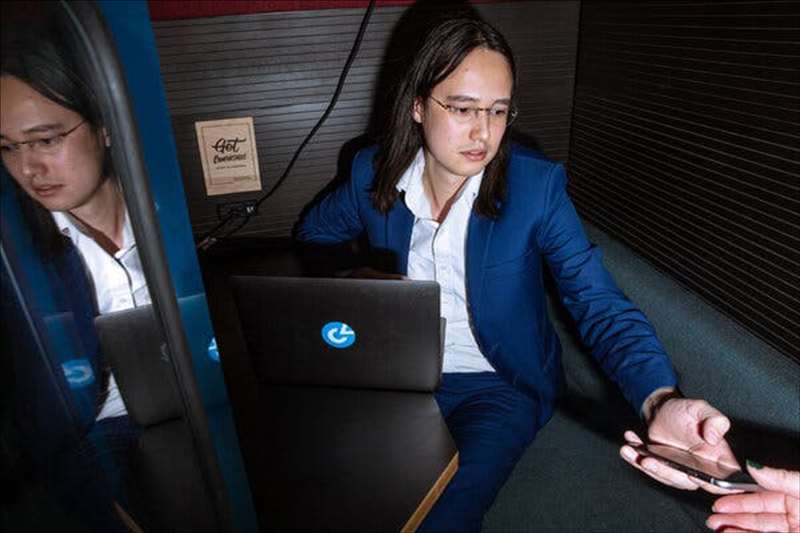 Charles Johnson, a notorious conservative provocateur, played a pivotal role at the start of the facial recognition company.

Clearview AI has done something no other company ever has — and it’s testing legal and ethical boundaries in doing so.

According to Johnson, one of the projects he was working on during that time was Clearview. He considers himself a co-founder of the company. Clearview disputes that.

Johnson met Ton-That in 2016. They attended the Republican National Committee Convention in Cleveland together that summer, where Johnson introduced Ton-That to the billionaire tech investor Peter Thiel, who later provided seed money for the company that became Clearview.

Two days after the convention, Johnson also connected Ton-That to a communications consultant named Richard Schwartz. In 2017, the three of them formed a New York company called Smartcheckr LLC. The next year, Johnson’s shares in Smartcheckr were transferred into a 10 percent stake in Clearview, according to a contract he provided to me.

In January 2020, Clearview had been used by at least 600 law enforcement agencies. The company says that is now up to 3,100. The Army and the Air Force are customers. U.S. Immigration and Customs Enforcement, or ICE, signed a $224,000 deal to use Clearview’s technology in August. “Our growth rate is crazy,” Ton-That said.

In one case, agents had photos of a young girl being abused that had been found by Yahoo in a foreign user’s account. The abuser’s face was visible in the photos, but ICE didn’t know who he was. Investigators ran the photos through Clearview, and he showed up in the background of an Instagram photo from an event. The clue eventually led investigators to identify the man and rescue the 7-year-old he had been abusing.

“It has revolutionized how we are able to identify and rescue children,” an ICE official said. “It’s only going to get better, the more images that Clearview is able to scrape.”

“We’re saying that where information is already out, already public,” Abrams said, “that the First Amendment provides enormous protection.”

The A.C.L.U. doesn’t object to Clearview’s scraping of photos, but it says that creating a faceprint from them is “conduct” and not speech — and thus isn’t constitutionally protected.

Clearview has said that it doesn’t plan to let the public use its app, but a copycat company could.

And within the last year, a mysterious new site called PimEyes has popped up with a face search. It works surprisingly well.