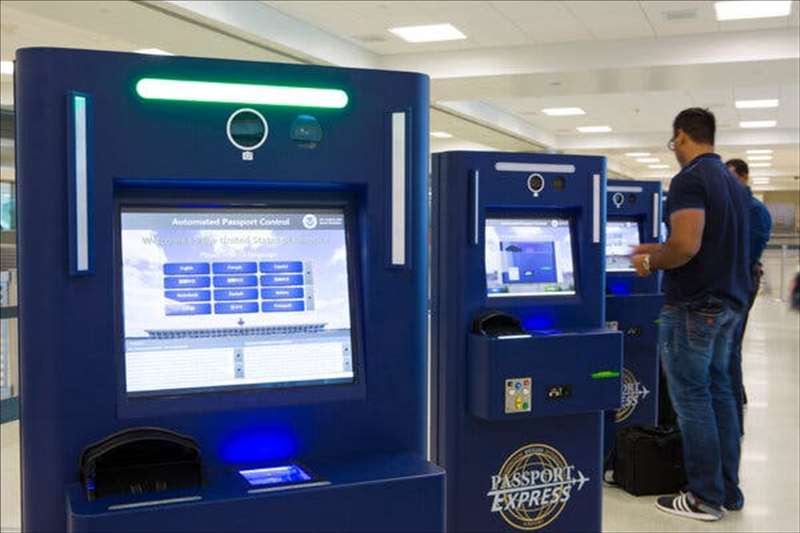 More than 80 percent of all travelers entering the U.S. are now verified by facial recognition. The loss of older, seemingly more convenient methods has many perplexed. And then there are the privacy issues.

Where did that self-service passport kiosk go? Why can’t I find the mobile passport line that used to let me speed through customs? Do I really have to wait to show a person my passport?

Over the last year, many travelers have found themselves asking these questions after landing in the United States, only to find systems they’d long relied on had disappeared.

“It felt bewildering that not only was the app not working, but there was no information on why not,” said Milena Rodban, 36, a geopolitical risk consultant, who was appalled to find herself standing amid thousands of people at Chicago O’Hare International Airport in August because the mobile passport line was nowhere to be found. She’d previously been so thrilled with the way a QR code, generated by the app, gave her access to a speedy, special line that she’d convinced several friends to download it.

“By and large, almost all travelers are going through some sort of biometric process on entry,” said Larry Panetta, the director of the biometric entry/exit program transformation.

Officials said that the new reliance on facial-recognition software will improve efficiency and security at ports of entry across the United States. But civil liberties and digital privacy groups said the changes represent fundamental threats to privacy, and that efficiency is therefore irrelevant.

But as eagerness to do more with facial verification grew, the kiosks became less appealing to some lawmakers and C.B.P. officials. Though they snapped photos, they did not analyze them.

Reprogramming the machines to do more created logistical and security headaches, according to C.B.P. officials.

The pandemic further accelerated the transition by increasing interest in a more “touchless” system, said Matthew Davies, the executive director of the C.B.P.’s admissibility and passenger programs. Put another way: No one wanted to deal with cleaning the kiosks. All but a few airports have gotten rid of them. By 2023, they’ll all be gone, said Mr. Davies.

Sort of. The mobile passport program is here to stay, though lines are getting added to some airports and removed from others, said Matt Cornelius, the executive vice president of Airports Council International-North America, a trade association representing around 300 airports in the United States and Canada.

With the mobile passport system, there is no application process or fee. Instead, travelers download an app and input their passport information. Upon arrival, they look for a mobile passport line, which is typically quite short.

As to why mobile lines disappeared recently, some locations “felt Simplified Arrival was going to be quicker,” Mr. Davies said, referring to the C.B.P.’s facial comparison system.

Other airports may have phased them out temporarily while making them more compatible, Mr. Davies said. Recently, the mobile passport system has begun relying on the same facial comparison program.

If you are a U.S. citizen, the agency is supposed to discard the photo within 12 hours. If you are not a citizen, the photo goes to the Homeland Advanced Recognition Technology System, or HART, the Department of Homeland Security’s new biometric database, according to Mr. Davies. If foreign nationals have previously provided fingerprints, facial verification eliminates the need to give them again.

When the program is used with departing passengers, typically airlines photograph passengers before they board an international flight to see if a traveler matches an existing photo on file. If no match is found, it tips off the C.B.P. that the person may have entered the country without a visa or going through border control, officials said.

Proponents of the new system say that the program streamlines and fortifies the process of entering the United States while also helping identify foreign travelers without visas on the way out.

Already the system has stopped around 1,600 “impostors” from entering the country through airports and land borders, according to C.B.P. representatives.

But some say it’s less about totals than what it could prevent.

“We don’t want another 9/11 in this country,” said Mr. Russo, who noted that the system frees up officers to focus on asking the “important questions that help us keep terrorists and drug smugglers out of the country.”

It may seem strange to phase out self-service kiosks during a time of labor shortages. But in interviews, C.B.P. officials disputed the notion that the new system would require more officers, suggesting that it simply altered their role. Previously, officers were still responsible for verifying identities after travelers obtained a printout from the kiosk. Plus, collecting paper customs declarations is no longer required; instead officers can “get a verbal answer” based on “what they feel they need to ask,” Mr. Panetta said.

Some did acknowledge, though, that until international travel fully rebounds, it will be difficult to assess efficiency.

As to whether biometrics will ever replace officers entirely, it’s unlikely, Mr. Cornelius said. That’s because of a law requiring customs agents to interact, at least briefly, with every single person at the border.

“The technology is there,” he said, but “I don’t know that the law will ever change.”