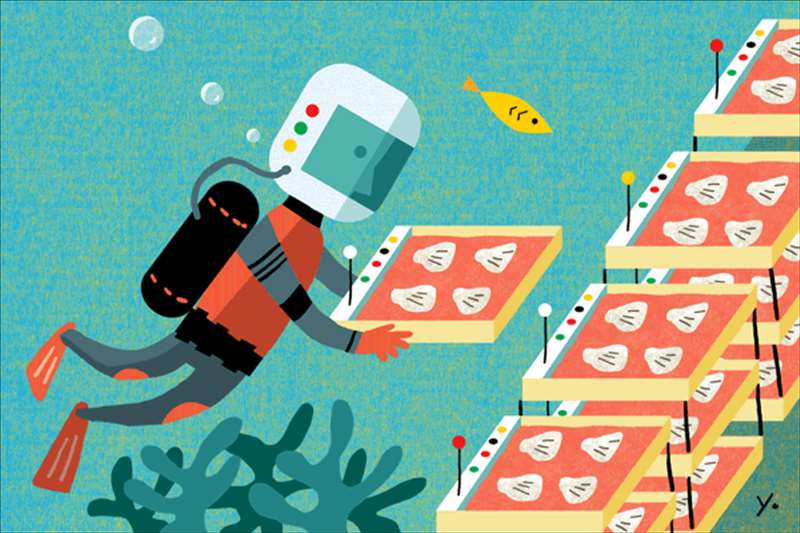 Companies are trying to prove that conservation, sustainable fishing and carbon sequestration are profitable.

Marty Odlin, who grew up and lives on the Maine coast, remembers what the ocean used to be like. But now, he said, “It’s like a desert and just within my lifetime.” In the last few years, he said, he has seen lots of sea grass and many other species virtually disappear from the shoreline.

Mr. Odlin, 39, comes from a fishing family and has a passion for the history of the ocean and the coast, both of which have informed his sense of the ocean’s decline, a small part of the catastrophic deletion of marine life over the last several hundred years.

The company also plans to seed oyster reefs and clam beds along the shoreline, and restore kelp forests and sea grass, to help the coastal ecosystem by bringing back biodiversity and improving water quality, among other benefits.

Mr. Odlin’s plans are one of a number of efforts in the “blue economy,” a term used to describe commercial activity on the oceans, seas and coasts. He and others are trying to prove that ocean conservation, sustainable fishing and carbon sequestration can be good for business, especially as global shipping, aquaculture and the appetite for wild seafood increases around the world.

Mr. Odlin and his team build everything: boats, oyster floats, sensors and more, all with very high sensitivity to their environment. They measure the amount of feed in the water and the growth rate of the various species and send that information into a database that they use to make all sorts of decisions: whether to change the feed, reposition the shellfish floats or make bigger changes about the varieties they’re growing. They also use the hard-won knowledge of commercial fishermen — there are about a dozen on staff — which Mr. Odlin said was a huge advantage.

His company builds high-tech fishing nets for trawling boats: Attached to the nets are LED lights that flash in various patterns and levels of brightness to signal emergency escape hatches (right-size holes) for those species that fishing boats aren’t trying to catch, known collectively as bycatch.

“When I started all of this, I was a student, and I had the attitude of, ‘This is going to save the world and everyone should do it,’” Mr. Watson said.

“It’s not helpful if you’re only able to say, ‘Southern California is forecast to be cloudy with a chance of blue whales,” and this model forecasts at a much finer scale, Dr. McCauley said.

But saving the whales could also have huge climate benefits, Dr. McCauley said.

Any of these projects require a more hands-on approach to saving the ocean and a more deliberate overlap of business and conservation, which have historically been at odds, said Mr. Odlin, the founder of Running Tide.

Otherwise, he said, “generations in front of us are not going to forgive us.”

“We still have a chance right now, so I’m working as hard as I can.”