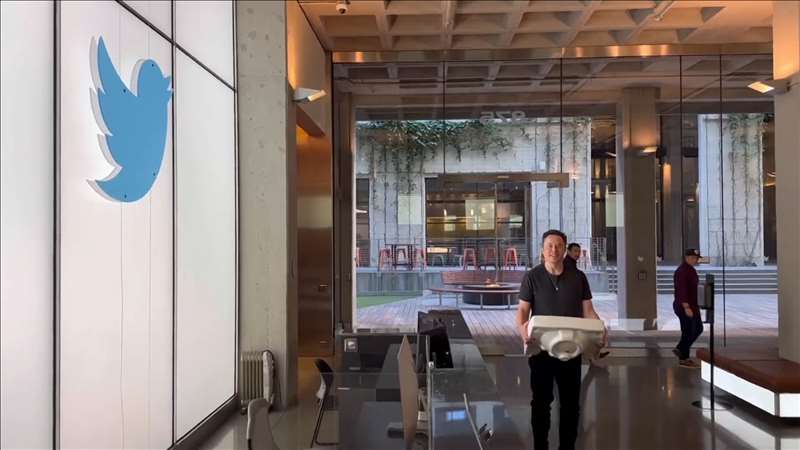 The decision marks both the highest profile and most controversial figure Musk has welcomed back to the social media platform since his turbulent $44 billion takeover of the company last month, which has been marked by severe cuts to both its workforce and revenue as many companies stopped advertising.

On Truth Social, Trump has 4.57 million followers, a fraction of the more than 88 million he had on Twitter.

After the poll, Musk announced Trump would be reinstated on the platform. “Vox Populi, Vox Dei,” Musk said, a Latin phrase meaning, the voice of the people is the voice of God.

Trump on Saturday issued a statement about the poll and the possibility of being reinstated. “Vote now with positivity, but don’t worry, we aren’t going anywhere,” Trump said. “Truth Social is special!”

“They have a lot of problems at Twitter,” Trump said. “You see what’s going on. It may make it, it may not make it, but the problems are incredible.”

But while his purchase of the widely used social media app was celebrated by Republicans and the far-right, Musk resisted calls to immediately reinstate Trump.

“He should never have been banned,” Jake Denton, a research associate in the Tech Policy Center at The Heritage Foundation, told USA TODAY. “Trump returning objectively shifts Twitter toward a new path. He’s the ideal guy to rein in the new Elon Musk Twitter. He is the vehicle by which Elon can signal that he is serious about restructuring Twitter.”

Trump has continued to falsely claim the 2020 election was stolen.

“It provided him a public forum to widely disseminate his lies, disinformation and hatred,” Ott said. “His return to these platforms would surely raise the temperature of our politics and significantly increase the likelihood of political violence.”

Trump lost his direct link to supporters when he was booted from the nation’s top social media platforms – Facebook, Twitter and Google’s YouTube – after the Capitol siege.

Musk has already laid off thousands of employees and recently cut content moderation contractors — who help halt the spread of hate speech and misinformation.

More employees appeared to resign this week after Musk told staff they “will need to be extremely hardcore” to build “a breakthrough Twitter 2.0,” and working long hours in a high-intensity environment would be part of that push.

On Friday, Musk tweeted that Twitter’s new policy is “freedom of speech, but not freedom of reach.”

“Negative/hate tweets will be max deboosted & demonetized, so no ads or other revenue to Twitter,” he tweeted. “You won’t find the tweet unless you specifically seek it out, which is no different from rest of Internet.”

Of the platforms, Twitter was Trump’s favorite and it could provide a pivotal bullhorn during his 2024 run to regain the White House.

Especially at a time when Twitter is struggling to keep its most active users engaged, Musk has a strong financial motive to bring back Trump, who is just the kind of mega-personality who drives engagement on the platform.

Facebook, meanwhile, will decide in January whether to lift Trump’s suspension.

As for YouTube, CEO Susan Wojcicki said last year that the platform would lift the Trump ban “when we determine the risk of violence has decreased.”

Even before Trump’s reinstatement, Musk and Twitter had gotten the attention of several Democratic senators including Sen. Elizabeth Warren, D-Mass., who on Thursday asked the Federal Trade Commission to investigate potential violation of consumer protection laws.