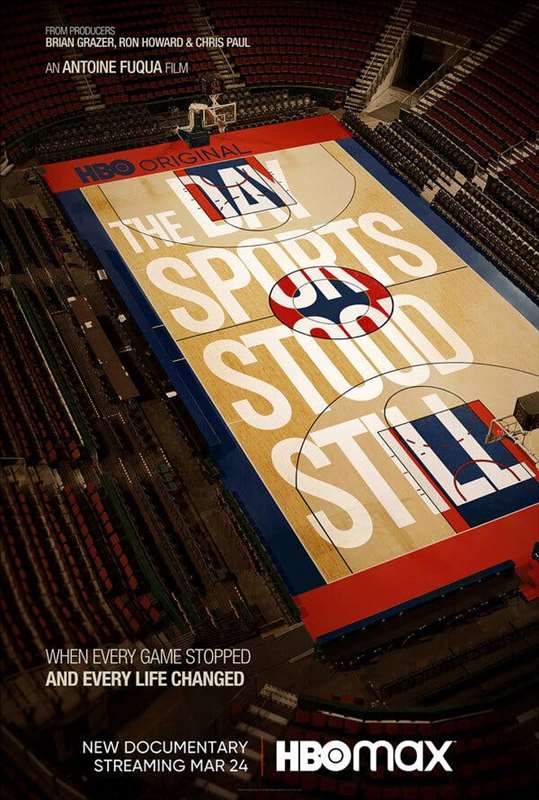 As streaming video has gained in importance during the pandemic, advertisers have put more focus on Hollywood-level branded content as a way to reach viewers.

“The idea was, basically, film everything that had taken place in that game that night and what was going to come of it,” Mr. Paul said. “We had no clue what would happen next.”

With more people home and glued to their streaming services, many of which don’t allow advertising, companies are finding they need to be creative about the ways they get in front of audiences no longer seeing 30-second commercials. More are turning to traditional Hollywood production companies like Imagine to partner on feature films like “The Day Sports Stood Still,” which is infused with Nike’s ethos but carries none of the traditional branding audiences are used to seeing.

“The best partnership you can have is a marriage where the themes between the company and the story are aligned,” Mr. Grazer said in an interview. “If you’ve got Chris Paul and Nike is part of the marketing, that is an added ingredient why someone will see it. They will feel Nike endorsed it and Nike does good things.”

Data from the research firm WARC showed that the amount advertisers spent in broadcast television in 2020 declined 10 percent from the previous year while online video spending rose 12 percent. Much of that money has gone to streaming services like Hulu, YouTube and Peacock that accept advertising. But those that don’t allow commercials, like Netflix, still remain unavailable to traditional marketing.

“Streaming is giving less and less opportunity for advertisers to connect with consumers in a meaningful way,” said Justin Wilkes, chief creative officer of Imagine Entertainment. “One of the last ways to do that is through long-form content. It’s all circular. This goes back to the earliest days of advertising and underwriting the great entertainment program.”

In the past decade, branded filmmaking has only proliferated.

Imagine Entertainment, the production company founded by Mr. Grazer and Ron Howard in 1985, formed Imagine Brands in 2018 to pair companies with filmmakers, hiring Mr. Wilkes and Marc Gilbar, the creator of the “Uncle Drew” Pepsi campaign and an executive producer on the film, to run the group. The division has produced both feature-length documentaries and narrative films with their partners, which have included Unilever, Walmart and Ford.

Imagine is also working with the consumer goods giant Procter & Gamble. The company, which effectively created soap operas when it began to sponsor serial radio dramas in the 1930s to help promote its soap products, is cofinancing a feature-length film with Imagine called “Mars 2080.” It will be directed by Eliza McNitt and begin production later this year. The film, which is scheduled to be released theatrically by IMAX in 2022 before moving to a streaming service, focuses on a family resettling on Mars.

It grew out of a breakfast in New York in 2019, where Mr. Wilkes, Mr. Howard and Marc Pritchard, Procter & Gamble’s chief brand officer, discussed technology in the pipeline. The Imagine team later toured Procter & Gamble’s research labs in Cincinnati, seeing examples of its “home of the future” products and meeting its scientists.

Kimberly Doebereiner, the vice president of Procter & Gamble’s future of advertising division, said the company hoped to do more long-form storytelling, like “The Cost of Winning,” the four-part sports documentary its shaving brand Gillette produced. It debuted on HBO in November.

“We want to be more interesting so consumers are leaning into our experiences and we’re creating content that they want to see as opposed to messages that are annoying to them,” she said. “Finding a way to have content that is in places where ads don’t exist is definitely one of the reasons why we’re leaning into this.”

It’s all part of a deliberate shift by brands to try to integrate themselves more fully into consumers’ lives, the way companies like Apple and Amazon have, said Dipanjan Chatterjee, an analyst with Forrester. And they want to do so without commercials, which, he said, have “zero credibility” with consumers.

“If the right story has the right ingredients and it becomes worthwhile for sharing, it doesn’t come across as an intrusive bit of advertising,” Mr. Chatterjee said. “It feels much more like a natural part of our lives.”

Alessandro Uzielli, the head of Ford Motor Company’s global brand and entertainment division, first met with Imagine Brands in early 2018. He was looking for a way to augment Ford’s advertising campaign for its relaunched Bronco with a piece of entertainment that would reach a younger audience. The result was “John Bronco,” a 37-minute long mockumentary directed by Jake Szymanski (“Mike and Dave Need Wedding Dates”) and starring Walton Goggins (“Justified”) as the greatest fictional pitchman of all time.

The short film earned a slot in the Tribeca Film Festival and is now streaming on Hulu. In addition to featuring guest spots from Tim Meadows, Kareem Abdul-Jabbar and Bo Derek, it helped reintroduce the Bronco, a sport utility vehicle that the automaker pulled in the mid-1990s.

“This helped us speak to an audience that we probably weren’t going to speak to on our own,” Mr. Uzielli said.

“It was Imagine’s project, and we didn’t want to cloud their process, to try to make it feel like too much of a sales job,” he added.

Mr. Szymanski, who has directed both feature films and commercials, including ads for the Dodge Durango starring Will Ferrell’s “Anchorman” character Ron Burgundy, said Ford allowed him a great deal of creative freedom. “I think they could have tried to impose a much larger shadow on it than they did,” he said.

Now, Imagine, Mr. Szymanski and Mr. Goggins are trying to turn John Bronco into the next Ted Lasso — an effort in the early stages of development.

“It’s kind of a win-win,” Mr. Szymanski said of a possible television series based on Mr. Goggins’ character. “I don’t think Ford would have any creative control over it but to have a character named John Bronco in the world, that would be a good thing for them.”