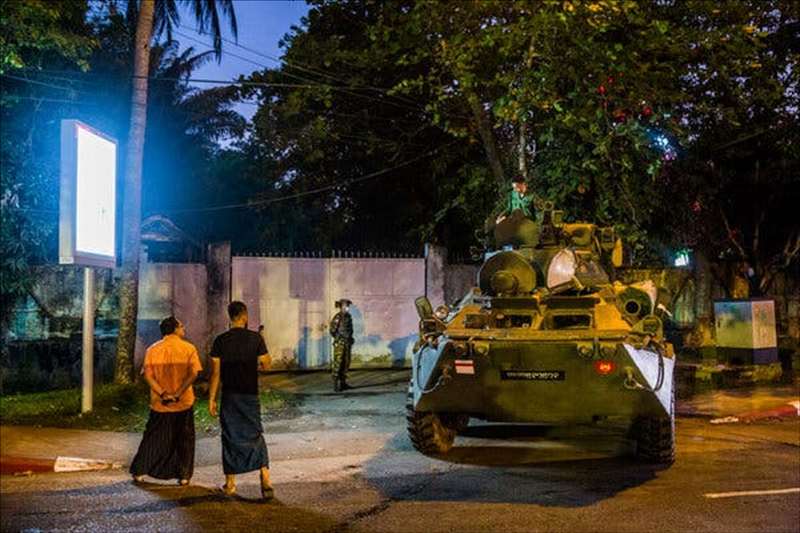 The video platform became the latest American internet giant to take down the military’s content since the coup last month.

YouTube said on Friday that it had cut five television channels run by Myanmar’s military from its platform, the latest in a string of moves by American internet giants to pare back the military’s online footprint since it seized power in a coup last month.

The company — a unit of Alphabet, which also owns Google — said in a statement that it had removed the channels and videos based on its community guidelines, though it did not specify what rules the military had broken. The blocked channels included the government-run Myanmar Radio and Television and the military-owned Myawaddy Media, both of which broadcast news, sports, military propaganda and martial anthems.

YouTube’s takedown appeared to stop short of Facebook’s broader ban. A YouTube spokesperson did not respond to questions about whether Alphabet would take further action against the military, like cutting off its businesses’ access to ads, as Facebook did. YouTube’s move was previously reported by Reuters.

The coup and the ensuing protests have put American internet firms in an increasingly familiar, if uncomfortable, position as political arbiters in fights over democracy and human rights far from their home. Nationalist leaders around the world, from the Philippines to India to the United States, have used Facebook and other platforms to spread disinformation and incite violence.

Myanmar joined the global internet only after the generals who had controlled the country for years eased their grip about a decade ago. Since then, people in Myanmar have taken to online life with intense enthusiasm. Sites like YouTube and Facebook have become town squares for a country that got online late.

Though the military has been ham-handed in its approach to internet blocks since the coup, it has years of experience with online disinformation. While it was committing atrocities against the Rohingya, for example, members of the military were the prime operatives behind a systematic campaign on Facebook that demeaned the mostly Muslim ethnic group as foreigners living illegally in Myanmar, even though many had been there for generations.

Despite the blocks, activists in Myanmar complain that the tech companies are still slow to pull down disinformation and violent content. The official pages of several of the television channels taken down by YouTube had already been blocked by Facebook. And since Facebook’s wider ban on military pages, a number of replacement pages appear to have sprouted up to replace those that were removed.