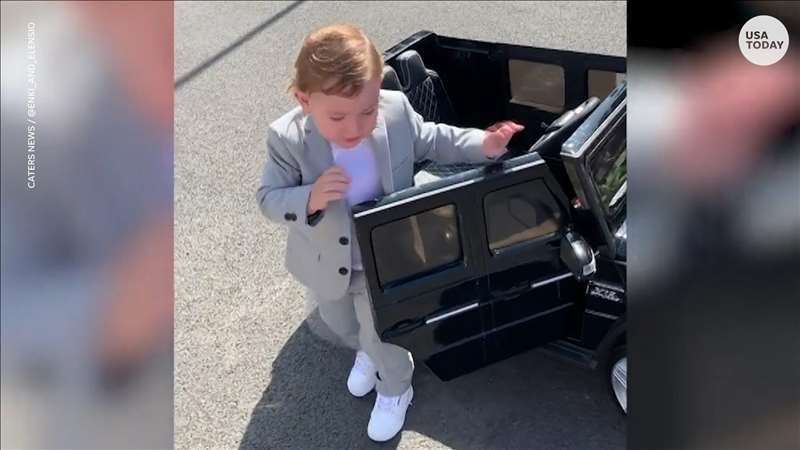 “I find that very concerning, targeting this particular age bracket, 13 and under, given the free services, how exactly will you be making money? Bilirakis said. “Or, are you trying to monetize our children, too, and get them addicted early?”

Zuckerberg said that Facebook is “early in our thinking” in how an app for kids would work.

“There is clearly a large number of people under the age of 13 who would want to use a service like Instagram,” Zuckerberg said. He added that Instagram’s current policy doesn’t allow kids under 13 to use the platform. Instagram has more than 1 billion users.

On Thursday, Bilirakis then asked what’s the benefit of launching an Instagram for kids. Zuckerberg responded without hesitation.

“I think helping people stay connected with friends and learn about different content online is broadly positive,” Zuckerberg said. “There were clearly issues that need to be thought through and worked out, including how parents can control the experience of kids, especially kids under the age of 13.

“And we haven’t worked through all of that yet,” Zuckerberg continued. “I think something like this could be quite helpful for a lot of people.”

Zuckerberg was also grilled by Congresswoman Kathy Castor, a Democrat from Florida. “Are you saying there are no kids on Instagram under the age of 13 right now?”

When Zuckerberg reiterated Instagram’s no kids under 13 policy, Castor responded: “Of course, every parent knows there are kids under the age of 13 on Instagram, and the problem is that you know it.”

Jordan also said she believes that Facebook knows how many kids are using their platforms intended for adults. “The fact that they can estimate how many children are under the age of 13 and do not share that information is very disheartening,” she said.

“Parents shouldn’t have to see their kids subjected to cyberbullying at record levels or increasingly exposed to extremist content and conspiracy theories just for going online,” Steyer said.

Throughout the virtual hearing, several lawmakers from both political parties brought up many of the ills on social media affecting kids, including self-harm, teen suicides, and negative content.

During her opening statement, GOP Congresswoman Cathy McMorris Rodgers of Washington told Zuckerberg that “your platforms are my biggest fear as a parent. What will it take for your business models to stop harming children?”